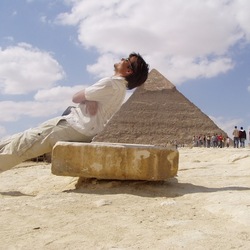 
Philosophy, Values, Interests:
Working on my own on things that contribute value to society. I've launched a few websites for doing activism (https://www.mesym.com, https://tppdebate.org, https://www.ripessasia.org), all of them based in Malaysia. Currently I'm working on releasing the software behind these platforms as open source and, hopefully, find people from all places to collaborate and make it bigger.

Ping me on Gitter Chat
PoP - Platform of Platforms

“PoP - Platform of Platforms” (https://getpop.org) is a Wordpress framework for creating websites which aims to break the information monopoly of large Internet corporations by linking autonomous websites together, allowing them to interact with each other and become part of a wider network composed of different communities. Users from different websites can interact among themselves, without the need to join a centralized service such as Facebook or LinkedIn. This way, website owners can keep control of their own data, storing it on their own servers. PoP works by combining Wordpress and Handlebars into an MVC architecture framework, in which Wordpress is the model/back-end, Handlebars templates are the view/front-end, and the PoP engine is the controller. Acting as the controller, PoP intercepts Wordpress’ data query results, generates a response in JSON, and feeds this JSON code to Handlebars to be transformed into HTML. The PoP engine automatically provides the Wordpress website of its own API, removing the need to implement additional server-side applications for providing data to third-party websites, mobile phone apps, etc. Because the API is known to all PoP websites, they can fetch data from each other in real time, allowing for decentralization of a website’s data sources, or aggregation of multiple websites’ data into a wider network. Applications for a PoP network are multiple, such as a decentralized social network. This social network would enable an economy of micro-payments to take place, compensating anyone for their original material posted on the web. Each node on the network could decide to give its content for free to its aggregators, or charge a fee for it. The node could then use these proceedings to pay those users who contribute content to it.